Our employees went to universities all across the nation before ending up at Balcom. In celebration of College Colors Day on Aug. 29, 2014, we’ve compiled some interesting facts and school secrets about our alma maters that you might not have heard: 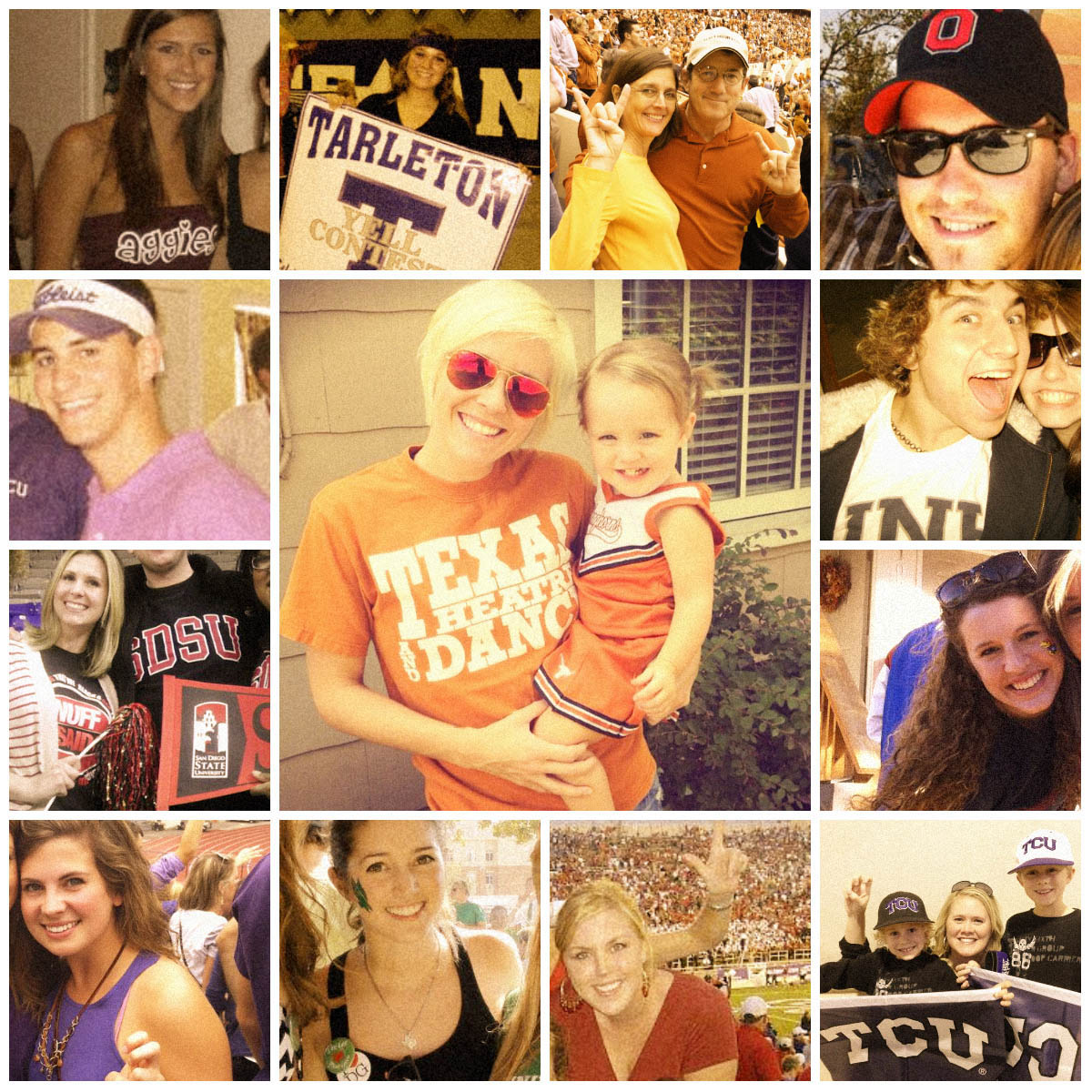 Yeah, not what you think: Purple Poo is actually a secret organization. Members dress in costumes to conceal their identities and promote Tarleton spirit at university events. Our Tarleton alums, Tedi and Alyssa, claim no allegiance to Purple Poo.

7. The University of Georgia Established the Peabody Awards

Known for his breakout role as Ritchie Valens in the 1987 film “La Bamba,” actor and director Lou Diamond Phillips studied drama at The University of Texas at Arlington at the same time Lynne studied journalism.

5. The University of Texas at Austin Has Lucky Squirrels

Did you know the UT campus is home to albino squirrels? According to Meg, university creed declares if you spot one on your way to an exam, it guarantees you’ll get an A. So it’s not surprising that the Albino Squirrel Preservation Society was formed in 2001.

TCU’s mascot, the horned frog (technically a Texas horned lizard), averages 3 inches in size. But don’t underestimate this tiny creature – it can shoot blood from its eyes at a distance of up to 5 feet. Yes, its eyes. This defense mechanism confuses and detracts predators. Yet despite the blood spitting and intimidating horns on its head, they’re actually considered docile and gentle in nature. Aw, you want one as a pet? Tough. It’s illegal unless you have a permit.

Nearly 38 years ago, ACU junior Ove Johannson kicked the longest field goal ever recorded in an American football game. Longer than the current NCAA and NFL records, the 69-yard field goal was kicked on October 16, 1976, for Steve's alma mater, ACU, during their homecoming win against East Texas State University.

Our Aggie, Audrey, won’t talk, which only adds to the mystery – but we do know that a web of steam tunnels exists under the campus, seemingly dating back to the university’s establishment in 1876. Motion sensors are in place to quell students’ desires to enter, along with signs declaring immediate expulsion for any student caught accessing, or attempting to access, the tunnels. It is also rumored that a shooting range exists under one of the campus buildings.

Tunnel excursion survivors claim to have seen excessive graffiti and giant flying (seemingly angry) cockroaches. Others profess secret societies meet in the tunnels and that the government has a secret underground city down there – which employees aren’t allowed to leave. Basically, it’s Texas’ Area 51.

So, if you want to go all Indiana Jones – dodging motion sensors and giant flying cockroaches while simultaneously navigating hot, dark tunnels on your quest to discover (without being arrested and prosecuted for trespassing) this secret underground government city that may or may not exist – please be our guest. We’ll eagerly await the recap of your experience.

Have an interesting fact or secret about your alma mater? We’d love to hear it!