What the Heck Is Snapchat? Should My Brand Be Using It?

What the Heck Is Snapchat? Should My Brand Be Using It?

It’s a question we’ve probably all asked ourselves at some point: “What the heck is a Snapchat?” But it’s 2016 now, and we all pretty much recognize that, hey, this Snapchat thing is kind of a big deal – like, maybe-on-the-cusp-of-world-domination big deal. And it’s not just for your 13-year-old niece who says weird things like “on fleek” all the time – at least not anymore.

While well over half of users are 24 and under, 25- to 34-year-olds – you know, dinosaurs – make up more than a quarter of daily active users, and about 12 percent are older than that. Point being, not only is Snapchat the fastest-growing social media network, it’s steadily diversifying its user base as well.

So what does that mean for your business? Glad you asked! But first, let’s define what exactly Snapchat does, and how consumers and brands are using it.

Snapchat is about capturing the moment.

To the uninitiated, Snapchat’s nonlinear layout and foreign lexicon can be daunting, confusing and even downright maddening. But soon you’ll notice that there’s really only one major difference between Snapchat and other social media titans like Facebook, Twitter and Instagram: Everything you share is temporary.

When you take a “snap” (a fancy term for a highly customizable photo or video), you can either send it as a direct message to friends or post it to your “story” (a compilation of all your snaps posted within the last day). If you send it to a friend, the snap is subsequently erased from history – like it never even happened – the moment your friend views it. (Technically, they can take a screenshot of your snap, but the app will notify you if they do.) Similarly, snaps posted to your story disappear after 24 hours, though they can be viewed over and over until then.

That’s it; there are no endless timelines, no paper trails, nothing permanent. And that’s the app’s singular charm: Unlike the Facebooks and Instagrams of the world, which document our lives on and on into eternity, Snapchat is all about the now. 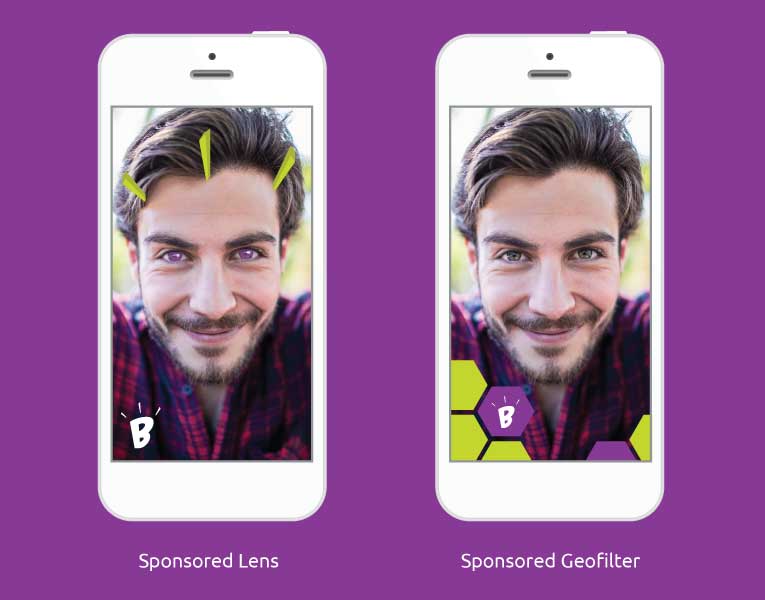 “The difference between Snapchat and other social media titans: Everything you share is temporary.”

But hey, Snapchat can be a marketing tool, too.

So how do businesses use it? Well, there are several ways:

Snapchat is a rapidly growing medium that can reach lots of highly targeted users, but it’s also relatively new technology that requires a great deal of expertise (which we have, wink wink). In other words, not every business needs a Snapchat account, but if the proverbial shoe fits, it can be a valuable asset.

So whether you’re ready to sign up or just wanna shelve the darn thing altogether, there are some questions you should ask before making a decision. Questions like, “Who, exactly, am I trying to reach? Where and how frequently do I want to reach them? What is my end goal? What metrics are important to me? What is my budget?” Basically, everything other than “What the heck is a Snapchat?” We answered that above, remember?

If you think Snapchat might be a good fit for your business, or if you’re even remotely curious, drop us a line.